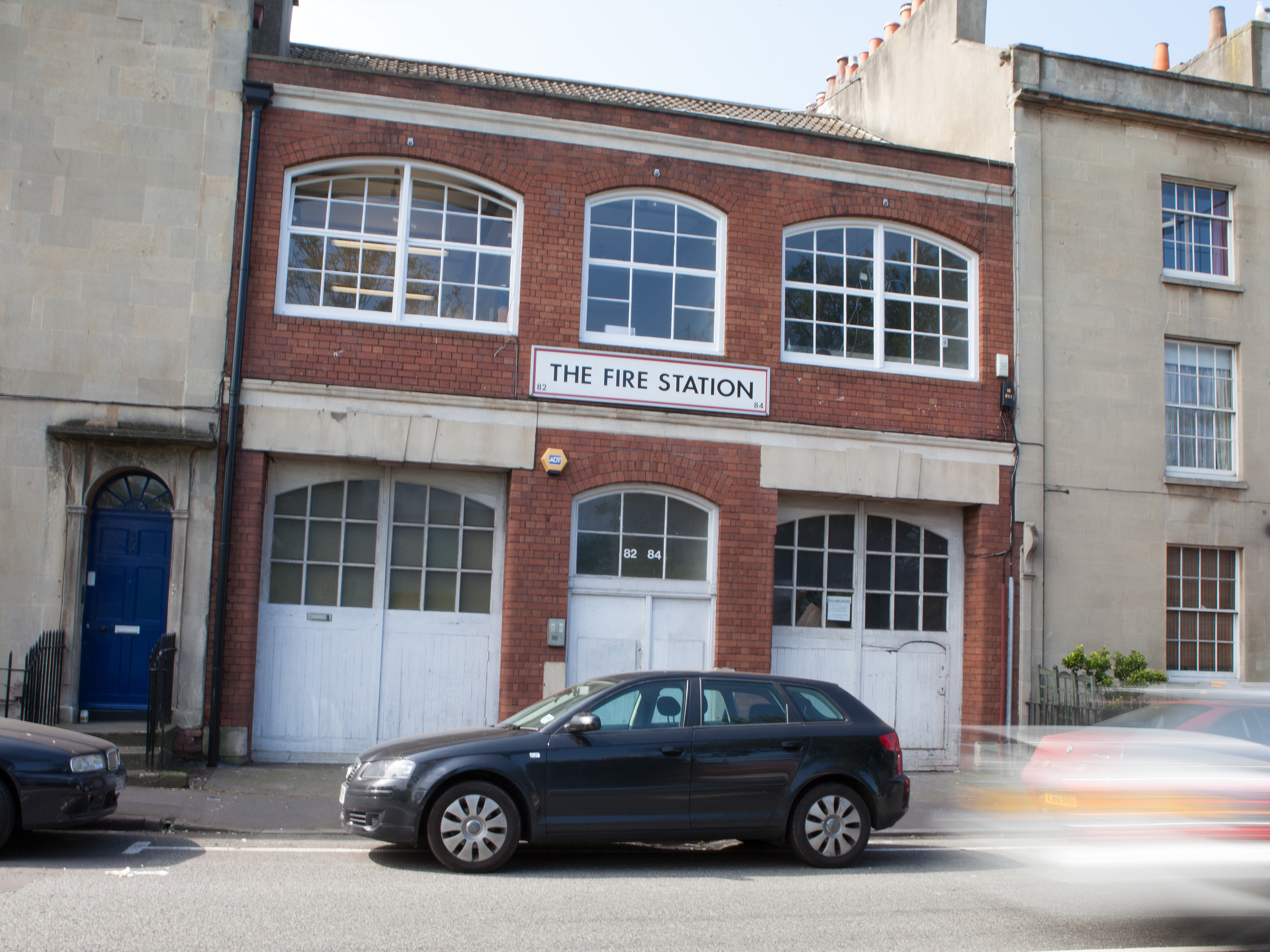 This is where we work now. Our current neighbours are a demolition company and a sauna offering specialist activities for grown-ups.

The Fire Station is in Bedminster, very close to the centre of Bristol. It’s been, surprisingly, a fire station, as well as a tooling workshop and a biscuit factory. The ground floor, previously a poorly designed recording studio, once hosted Jethro Tull and Damned sessions, but has now been completely gutted and rebuilt and plays home to Geoff Barrow’s Invada Studios and his record label.

For the last few years The Fire Station has been run as commercial office units. In 2012 it changed hands and is now in the process of receiving new guts and a substantial internal face lift. There are nine or so units housing screen printers, graphic designers, photographers, authors and producers.

It’s a good place to work.